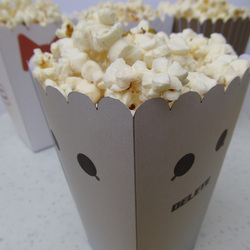 Wouldn't it be cool if you could call up a few friends and watch something like "House Party" again...on a big screen?

That's the plan to screen some new and classic films starring black actors that we might not get to see on the big screen.

First: This group is open to everyone who is a film lover, so join the group
Second: Everyone in the group can suggest films.
Third: Reserve a place for upcoming events, turn up and enjoy the film!

We'll often have a chance to mingle after the film, so join the fun, tell a few friends and look out for the next screening.
CLICK HERE TO CHECK IT OUT AND JOIN THE FUN
Powered by

Create your own unique website with customizable templates.
Photo used under Creative Commons from seelensturm